As I previously stated on the blog, and as you have probably noticed, looking at my social media feed, I have spent significantly more energy on the environmental movement than before because I found myself with some extra time on my hands. I not only intend to scrutinise the climate movement but also other aspects of the powerful environmental movement and the issues on which they are engaging in advocacy.

One such issue, that is perhaps not very top-of-mind, and may seem marginal to many, but is still important, is that of lead ammunition.

It might not be something you think about every day, but it is something of crucial importance to the hunting community, as most hunters currently use lead ammunition. There are close to 300,000 hunters in Sweden so this matter actually affects a large number of people .

Presently, the European Chemicals Inspectorate ECHA wants to go “all in” with a much wider-reaching ban than the one currently in place, prohibiting the use of lead ammunition in wetlands.

They first proposed this ban in 2018.

Naturally, the proposal was preceded by intense lobbying efforts in Brussels, led by stakeholders seeking to ban lead.

The most important players in Sweden, those wielding the most significant financial and political power, are the World Wildlife Fund and the Swedish Society for Nature Conservation. For some reason, they spent considerable amounts of money and time in Brussels in the year leading up to the ban, 2017.

The Nature Conservation Association spent somewhere between SEK 1 and 2 million.

One of the issues on which they focused their lobbying efforts in Brussels’ corridors of power, was that of a ban on lead ammunition. 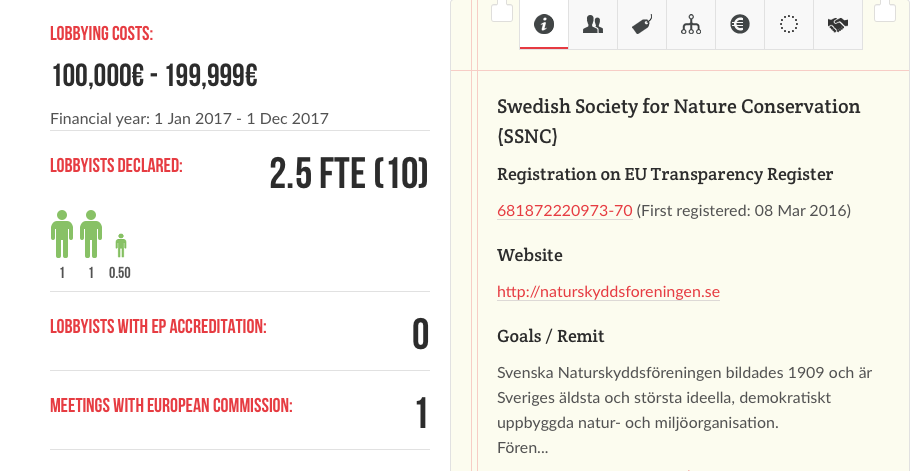 The Society for Nature Conservation has long been one of the fiercest opponents of lead shot in Sweden. Here’s a summary of their statements on the issue throughout the years:

Proposal demanding a total ban and lamenting that the current prohibition does not cover fishing equipment. 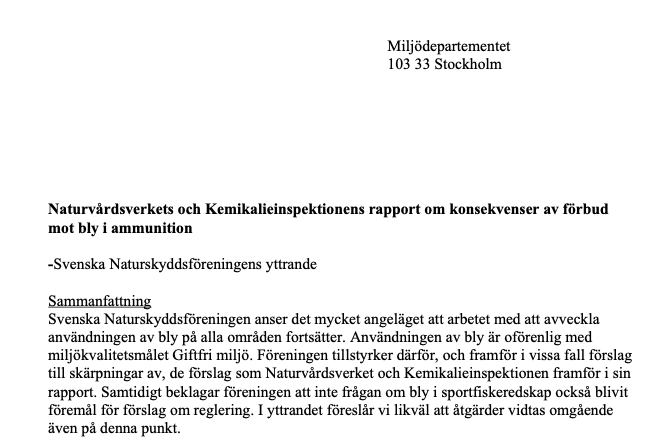 In 2015 they demanded a total ban on ammunition, for the purpose of protecting birds.

All the way back in 2005, the Social Democratic Government investigated prohibition, which was to apply from 2008 onwards. The SNC:s Mikael Karlsson wanted to go further, and enact an immediate ban.

I will return to this issue in future posts, to explain the conservationists’ claims about lead shot, the chemical difference between lead used in ammunition and other kinds of lead, and also the matter of the alleged death of birds.

However, one argument that is often used is that golden eagles die. Over the last ten years, the number of hunters has decreased by as many as 21,000 people.

If it is lead shot that kills eagles, shouldn’t this be reflected in the population statistics for golden eagles? 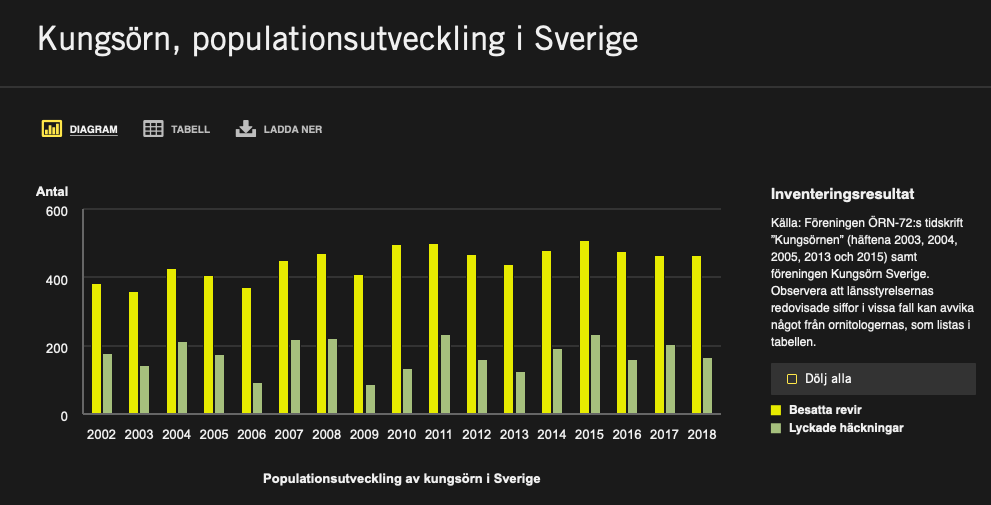 Because as the Swedish Environmental Protection Agency puts it, “there is no clear trend”. Which you can also see.

An all-out ban of lead shot would have a tremendous impact on Swedish hunters. The material is superior compared to the alternatives and there are a number of misconceptions surrounding this complex issue, which I will cover in a series of posts.

Such as the fact that copper bullets are more toxic and steel balls go straight through the animals, and if these get lodged in trees, the trees can not be felled, as the steel shot would damage the logging machinery.

The matter of lead shot is just another way for the environmental movement to sabotage one of the activities that it detests for ideological reasons – hunting. And just like on all other issues, they cherry pick  research and facts in order to dupe politicians into doing what they want. 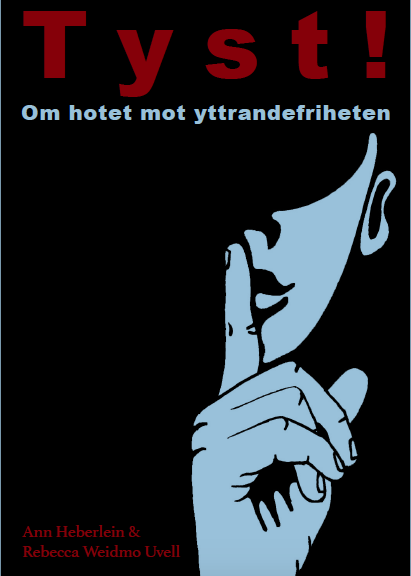